The OSHA Education Center at The University of Texas at Arlington is the top-ranked OSHA Training Institute Education Center in the country. The Center provides OSHA prescribed professional and regulatory instruction through educators with decades of real world experience and leadership that upholds the highest quality standards to ensure students have training and support services required to protect workers, reduce losses, and realize the profitability of a safe and healthful work environment. Additionally, four levels of professional certifications are available in multiple tracks including: Safety and Health, Construction, General Industry, Oil & Gas, and Risk Management.

In the event of inclement weather, UT Arlington Division for Enterprise Development, will follow the University of Texas at Arlington decision on delayed openings and/or closures. Please refer to the University of Texas at Arlington website www.uta.edu or the weather information line at 866-258-4913 for updates. For information related to your training location status, please check with your training location to verify any decisions on delayed opening and/or closures.

This course provides participants with techniques used to prepare for and conduct assessments, identify issues, and disposition identified issues. Classroom lecture and experiential exercises provide students the opportunity to put into practice the knowledge and skills presented.

Become a UT Arlington Authorized Safety & Health Trainer! In just a few easy steps, you can become authorized through UT Arlington to teach 1-day safety awareness courses for specialized topics including Fall Protection, Excavation, Confined Space, Cranes, and more! Start by taking one subject or use the applicable courses you have already taken. 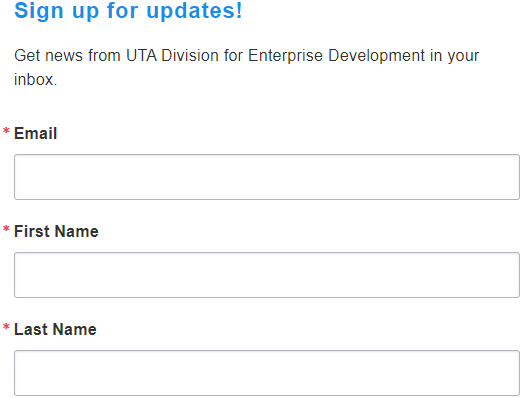 OSHA raised its civil penalties by approximately 1.8 percent on January 15, 2020. The final rule implements annual inflation adjustments of civil monetary penalties assessed or enforced by OSHA and other agencies within the Department of Labor in 2020, as required by the Inflation Adjustment Act (Public Law 114-74). OSHA's penalty increases for workplace safety and health violations include:

You are familiar with OSHA’s Focus Four in construction, but you may not be familiar with the Focus Four - Health recently distributed by the American Industrial Hygiene Association (AIHA). The Focus Four Health are; Manual Material Handling, Noise, Air Contaminants, and High Temperatures.

Heat is a hazard during the summer, but it is not always taken seriously. This is a serious health threat and one where the effects occur during or shortly after exposure. An average of 30 workers die and thousands become sick every year from heat exposure. The past 16 years rank among the top 17 warmest years on record.

Don’t underestimate the impact of MSDs:

How should you look at manual material handling overexertion? Consider how each work task will be performed, then consider the extent to which the following list of five common risk factors applies: W-H-A-T PACE?

Weight: The heavier the load the higher the risk.

Handling ease: Difficult-to-maneuver loads (no handles or can’t be carried close to the body, loads with contents likely to move) are higher risk.

Time/distance: Loads that require a longer time to handle or a longer carrying distance are higher risk.

PACE: Handling many loads per shift is a risk factor.

Looking for some free short training courses on critical safety and health issues? These one hour training courses developed by Region VI OSHA and the OSHA Education Centers provide information on a variety of topics:

On February 7, 2019 the Cranes and Derricks in Construction: Operator Qualifications final rule became effective, requiring employers using cranes in the construction industry to document their evaluation of their crane operators. That same day OSHA issued temporary enforcement guidance indicating that while it will still enforce the requirement that employers evaluate their operators before allowing them to operate cranes it is going to provide additional time for employers to begin to document the evaluations. Questions? Check out OSHA’s FAQs.

Effective January 1, 2019, the 90-day grace period for renewing your OSHA Outreach Trainer Cards has been eliminated.

The requisite update course must be completed BEFORE the expiration date indicated on your trainer card. If your authorization lapses, not only must you retake the Trainer Course in order to once again be authorized to conduct the 10- and 30-hour outreach classes, but you will be subject to meeting all the new prerequisites for becoming a trainer, up to and including successfully having completed the applicable Standards course within the past 7 years. If you have any questions or need help registering for a class please call 866-906-9190.

Management leadership is a core element of a workplace safety and health program. Accelerate your program and show your commitment in your workplace. 3 in 30! Here’s how you do it: